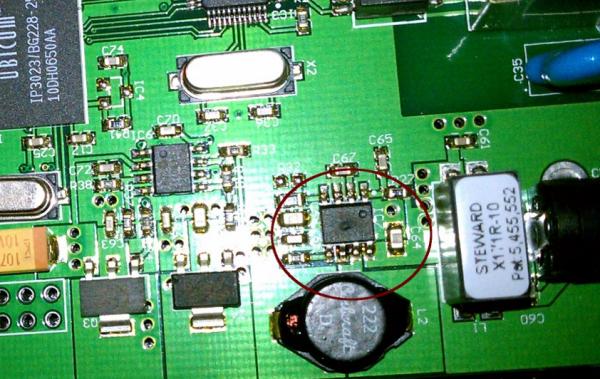 Over the Christmas break I re-wired my “server room” at the house and I accidentally plugged in the wrong power supply to my original HDHR. The unit is supposed to run on 5 volts but I sent 12 through it. The only reason I noticed was this electrical burning smell. After taking apart the case I could tell the inductor behind the AC jack was what was heating up and creating the odor. It turns out this wasn’t the problem but rather the symptom of IC7 being blown. The support I received from Silicon Dust, the manufacturer, was amazing. Not only did they help me troubleshoot a unit who’s warranty expired years ago, but they also told me the make/model of the chip so I could order a new one. My buddy Daryl helped with soldering, as I’ve never done components this small and my soldering iron stinks. A replacement chip was ~$3 from Digikey and the HDHR works perfectly and no longer smells like burning.