A couple months ago I was rearranging some pedals on my baord and I noticed the patch cable kept falling out of the output jack on my favorite TS-9. I knew that wasn’t a good sign. It has been a few years since I’ve opened one of these and I had forgotten that the jacks are plastic. <sigh>

Yuck! Who’s idea was it to use plastic jacks?!

I didn’t want to replace it with another plastic one, so I ordered some Switchcraft jacks. I bought one TS and one TRS for the battery circuit, in fear that the other one might fail some day. One thing I didn’t account for was that the TS-9’s jacks were drilled using metric bits so the new jacks were a little too big. I ordered a unibit on Amazon and was able to bore it out in about 30 seconds.

Once the holes were the correct size it didn’t take very long to swap out the jacks. The pedal sounds like a million bucks and I’m really glad it’s back in action. 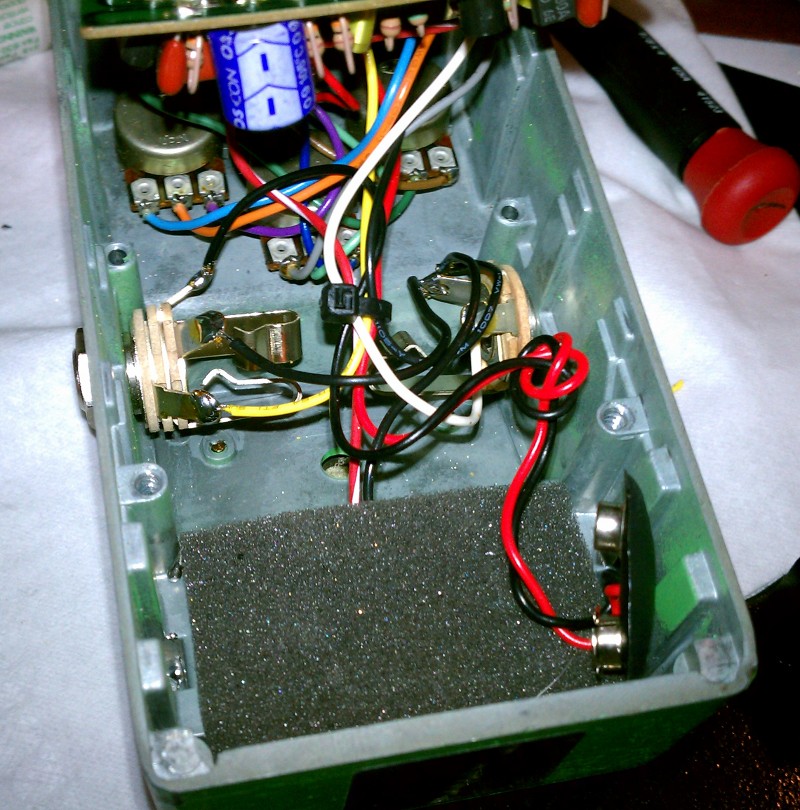