One of my reps at work was complaining about Samsung refusing to repair his TV even though there was known problem with defective capacitors for this model. Their response was that his serial number was not an effected unit. I told him I thought we could fix it, but he seemed like he was looking for an excuse to get a new TV. This was a 46″ 720p LCD that was about three years old. These are still priced at $1,900 on amazon, even though you can buy a much better one for less. I offered him $50 for it and he accepted. :) Sure enough after opening it up I could immediately see the problem. I’ve probably repaired this same problem on 50+ Dell gx2{6,7,8}0 motherboards; I recognized it right away. I went to Tanner Electronics for the replacement caps which cost a whopping $2.55. It took me about an hour and a half to replace them.

The power supply is very accessible on these LCDs.

See the black seeping out?

The new solder joints on the back of the board before cleaning it. Nice & shiny!

I opted for 16 volt caps instead of the original 10v. 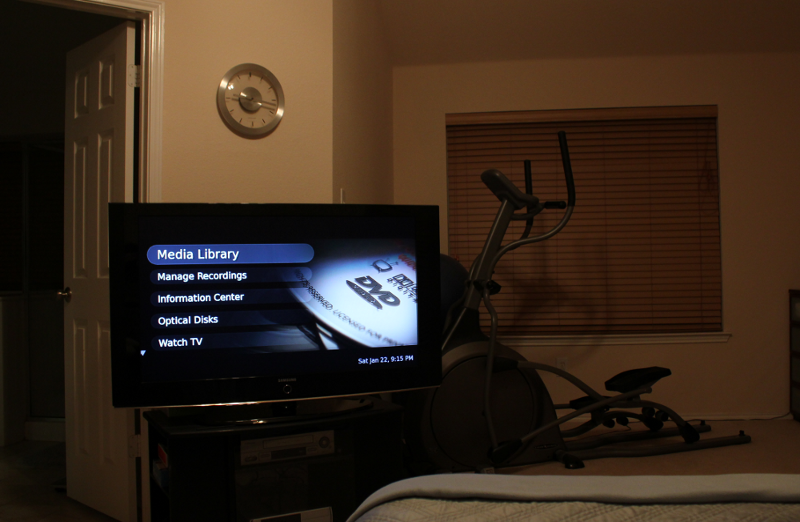 A view of the working screen

There are plenty of other models that suffer from the same issue. I’m thinking about searching cragslist for these on a regular basis.