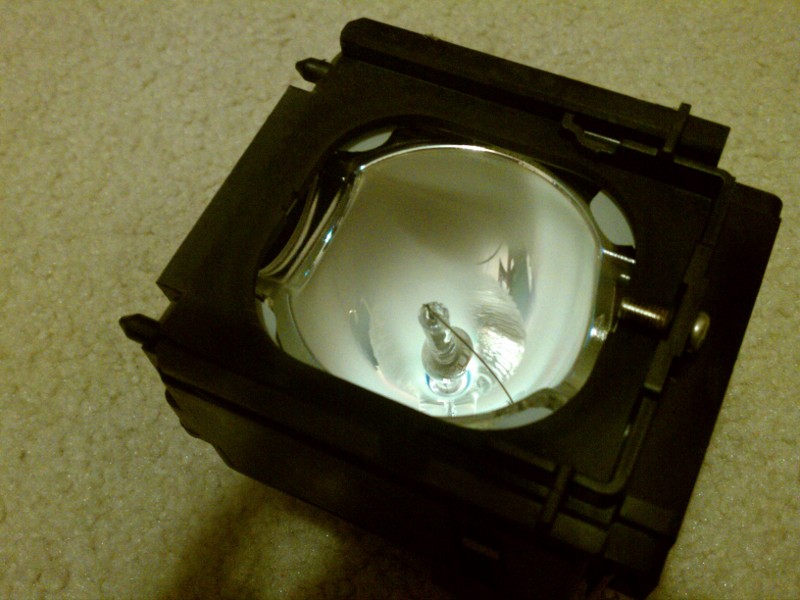 We bought our DLP TV back in 2006 and five years later it was finally time to change and lamp. Over time the screen became very dark and it was very difficult to see dark scenes in movies (or play Halo). My wife finally lit a fire under me to fix it and I got a new, name-brand lamp on Amazon for $100. After all of five minutes to swap bulbs the TV looks good as new, and I’m not used to the really bright screen anymore. I had planned on keeping the original lamp as a backup until I removed it. I’ve never actually seen one of these that’s on it’s way out. See how the halogen is extremely swollen at the base? That combined w/ the discoloration in the upper left hand corner of the backing tells me this bulb was probably hours or minutes away from blowing. Anyway, kudos to Amanda for encouraging me to change it.